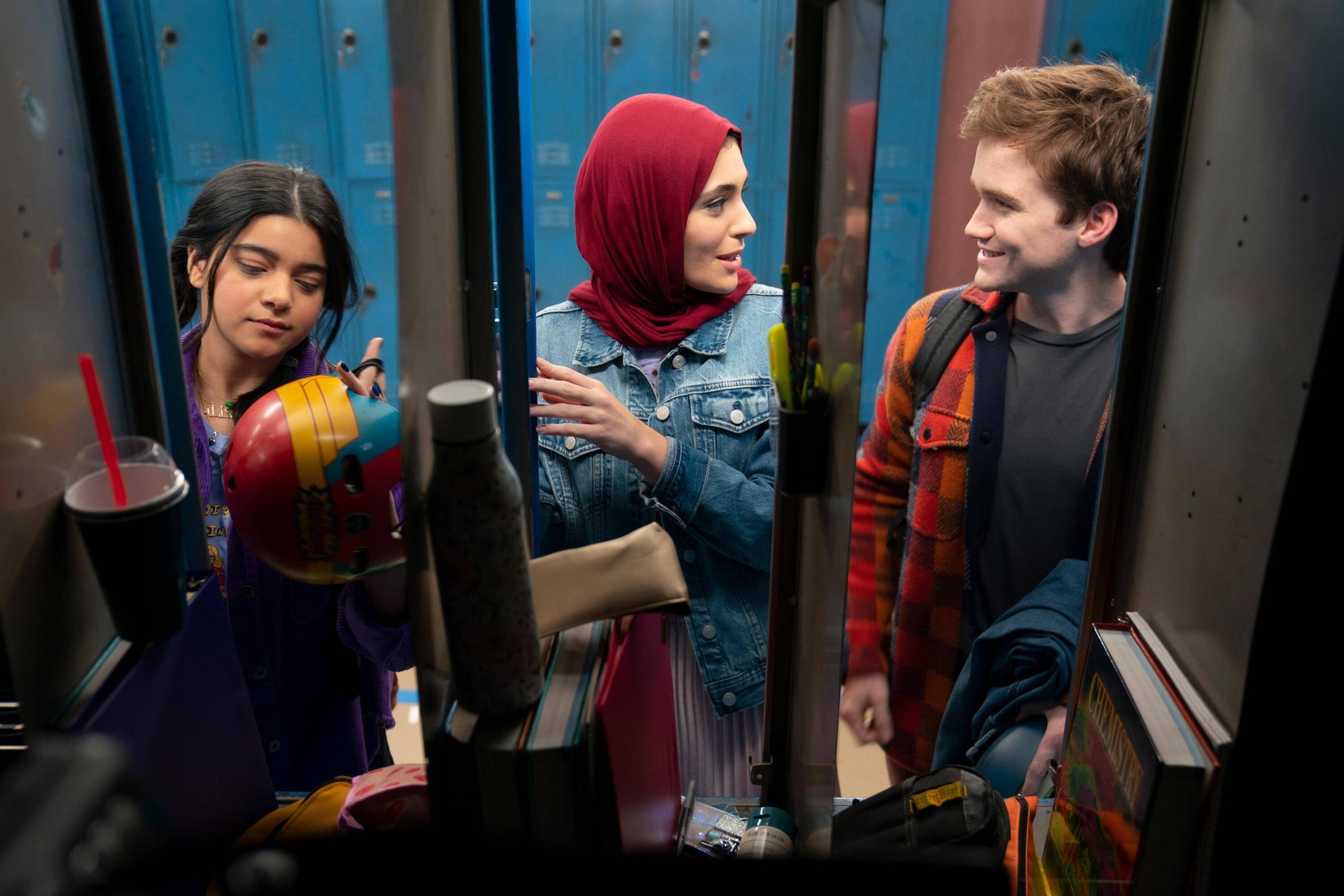 Marvel Studios are no longer strangers to telling stories with different protagonists. The studio has given a push to represent cultures around the world, with films such as “Black Panther”, “Shang-Chi and The Legends of the Ten Rings” and “Eternals”.

Disney + just released “Ms. Marvel, ”the six-part limited series that tells the story of a 16-year-old Pakistani-American student from New Jersey named Kamala Khan. Played by Iman Vellani, Khan is an Avenger fan who struggles to fit in until she discovers that she has her super powers.

And, as a balanced mix of teen drama and superhero story, “Ms. Marvel ”may not sound like a project director Sharmeen Obaid-Chinoy would have assumed. This is because the Pakistani-Canadian journalist and activist has honed her directing skills on graphic documentaries depicting the injustices of women in her home country of Pakistan. Over the years, however, she has grown fond of telling stories for a younger audience.

“I wanted to tell stories that resonated deeply with young people, that had a strong message,” says Obaid-Chinoy. “And I wanted to find a way, a means to do it.

He has directed two of the six-part series and the longtime documentary director shows a sense of pride and excitement for the series.

“It’s a dream to have confirmation that your music, your culture, your food, your textiles, the liveliness of your culture are being celebrated,” he observes. Since its debut, the series has received the highest rating for a Marvel production on Rotten Tomatoes.

“SM. Marvel” is Obaid-Chinoy’s first live-action fiction fiction. Before tackling the series, she finished a computer-animated short for Netflix called Sitara: Let Girls Dream. Ready for another project, her agents of the CAA warned her that Marvel Studios were looking for directors for “Ms. Wonder.”

“So I threw my hat in the ring,” he recalls, and met the show’s executive producers Bisha K. Ali and Kevin Fiege, as well as Victoria Tracconi, head of marketing and advertising. She presented her vision of her for the main character Kamala Khan / Ms. Marvel, what she would look like her would, how her powers would unfold, her family dynamics, and even the music for the series.

“For the first time, I felt this was the right project for me to switch between mediums,” he says of the transition from documentary making to a narrative fiction format.

Obaid-Chinoy has been hired and says, “before I knew it, I was calling the action,” in a collaborative effort with Edil El Arbi, Bilall Fallah and Meera Menon, the other three directors who are making four episodes. “[I just looked] the vision they had, and the way they wanted to tell the story, and more or less [took] in all their suggestions, up to the scouting of places ”, he adds. The series was shot in Thailand, Atlanta and New Jersey.

“Animation was a natural step forward.”

Before taking on the Marvel series, Obaid-Chinoy’s first encounter with non-fiction came in 2015 when he made the animated film “3 Bahadur” or “Tree Brave”. It tells the story of three children with superpowers who save their city from an evil force. The Pakistani box office blockbuster helped her land the role to direct “Ms. Wonder.”

“The ‘Ms. The connection with Marvel is, for me, very strong because I think I’ve always told stories of normal people who have extraordinary abilities. [‘3 Bahadur’] they are superheroes in their own communities. They just don’t wear cloaks, ”he says. “And Kamala Khan / Ms. Marvel, what it represents, is very much in line with the other characters I’ve shot throughout my career, which is to show the world that you can be a superhero, regardless of who you are or where you come from. “

Obaid-Chinoy became the first Pakistani to make a computer-animated feature film. He wanted to tell stories for young people, while maintaining a strong message, and found that animation was a perfect means of achieving this after years of documentary production.

“Animation was something I knew I could get away with saying so much, thanks to the medium,” he says. “So I brought really strong themes in the trilogy that I created, so that [it] it could bypass the censorship board, and still entertain, still empower.

Animation was a new medium for the documentary maker who had never studied cinema.

“I learned everything from looking at things online, from talking to the experts. To be honest, that’s how I became a documentary director, ”she confesses. “So for me, going from one medium to another isn’t a great type of adaptation, because I’ve never had a formative film education.”

Obaid-Chinoy is best known for her work in documentary films, for which she won two Academy Awards. First, she received an Oscar, along with director Daniel Junge, for their 2012 documentary short Saving Face, a film about Pakistani women who have suffered acid attacks.

After winning the Oscar, she says, “everyone was talking about this brunette girl who won an Oscar, and it was really surreal. But what really impressed me is the fact that you can be anyone and you can come from anywhere, but if you really put the stories that matter out there, there will be people watching and there will be some kind of celebration of the storytelling. ”

Then, in 2016 Obaid-Chinoy received her second Oscar for the biopic documentary “A Girl in the River: The Price of Forgiveness”, which tells the story of a poor young woman who was shot, thrown into a river and she narrowly escaped an attempted “honor” murder by her father and uncle in Pakistan.

A billion people watching: a law has been passed to stop honor killings in Pakistan

After “A Girl in the River: The Price of Forgiveness” was nominated for an Oscar, the director met then Pakistani Prime Minister Nawaz Sharif to ask him to commit to abiding by a law to stop honor killings in her country. .

“I told myself I had to get this law passed. So I urged the Prime Minister [to] show the film, which it did, and it was streamed live on our national television, to millions of homes, ”he says. “[Then] he made this important speech which said: ‘There is no honor in killing a woman’. ”

During a tour of Los Angeles for the 2016 Academy Awards, Obaid-Chinoy announced that Sharif had pledged to change the law, which he “later had to do, because a billion people were watching,” he notes. “I have always believed that it is extremely important to ask, open doors, go out and never underestimate the power of a determined woman.”

Obaid-Chinoy says his job as a documentary maker is to create awareness on difficult topics. “Now it also means that every time something happens, instead of being relegated to the back pages of the news, it’s front page news, people are talking about it, this means there’s this sense of fear of violence against women.” she states.

But despite the most recent legal advances, millions of women still experience violence around the world.

“It’s a very unfortunate reality to be a woman in today’s world, where we don’t have the control, the rights of our bodies,” she complains, but she remains confident as long as women unite. “The more women talk, the more women hold the torch forward, the harder it will be to continue to have such levels of violence against women.”

On the set of “Ms. Marvel, “she recounts how she had to apply some of her defense of her even with multiple women working on that production.

“I think I made it clear in my first week that I’ve built a career by telling men how they should behave around women,” she says. “I don’t allow men to force me and I certainly don’t allow them to tell me what to do or what not to do. So even those who tried, tried, were immediately told that this was not going to happen.

Iman Vellani, in the role of Kamala Khan (left), Yasmeen Fletcher, in the role of Nakia and Matt Lintz, in the role of Bruno Carrelli (right) in “Ms. Wonder. “” There were a lot of women on the set of ‘Ms. Marvel,’ and I think I made it clear in my first week that I built a career by telling men how they should behave around women, “says director Sharmeen Obaid- Chinoy, Photo courtesy of Marvel Studios.

The future: between Pakistan and Hollywood

And now that he’s finished his first live action, scripted production, his plans have expanded. “I’ve been a documentary filmmaker for 20 years this year and will continue to use documentaries as a medium, but now I find myself more drawn to this point in my life, to telling stories through Hollywood fiction,” she says.

However, he has no plans to abandon his documentary roots. “I’m going to tell stories that have some sort of underlying theme or connection, or something that in the layers of the story, you will find that it is very meaningful and that you will walk away with the movies or the TV series or whatever I create knowing that there was a mission behind. 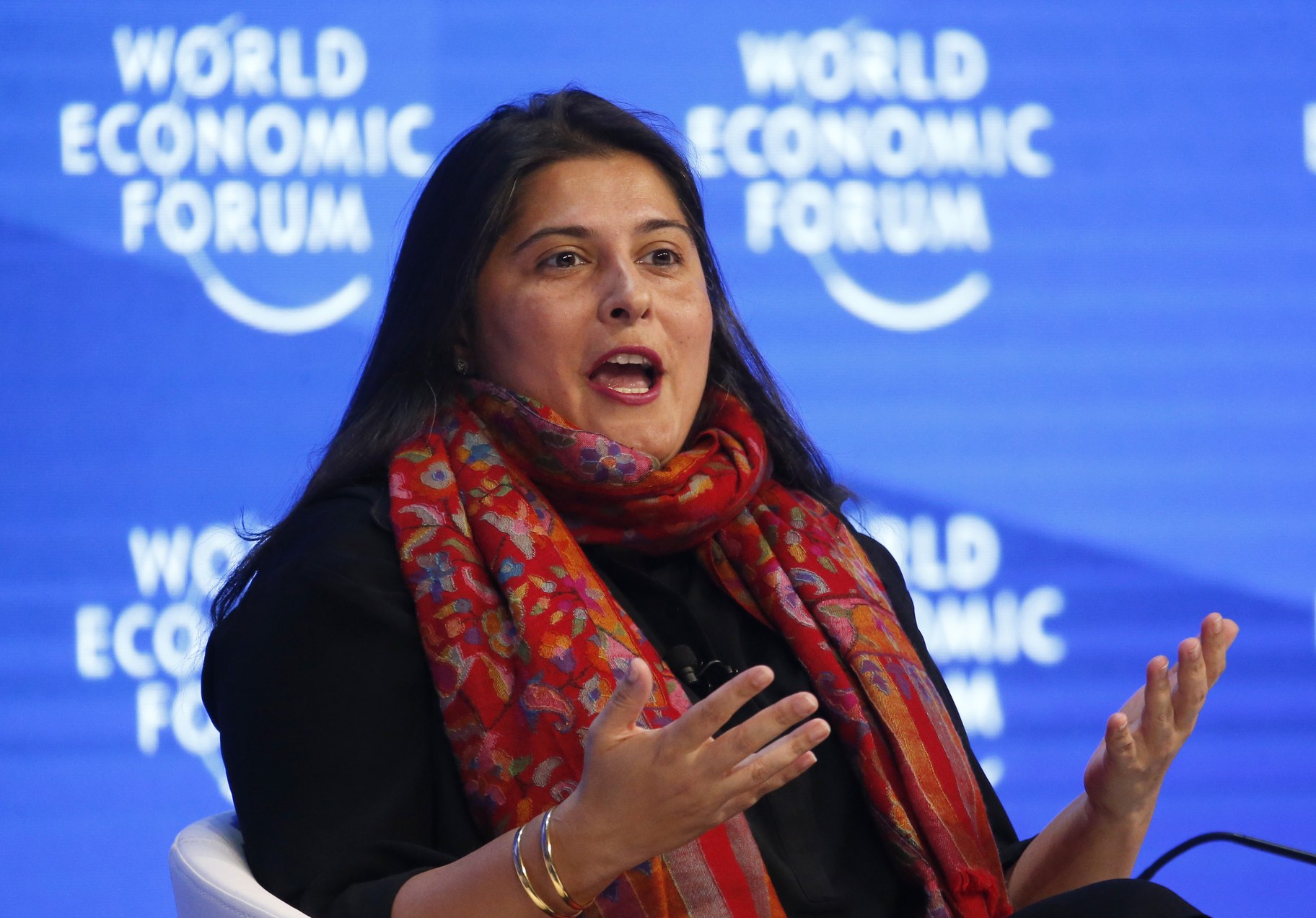 Obaid-Chinoy was born in Pakistan. After high school, he came to the United States where he completed his undergraduate degree from Smith College and graduate school at Stanford University. Then, he shared his life and his work between North America and Europe, before returning to Pakistan in 2008, where he has been working and raising his family ever since.

“I think it’s so important for people like me, who are able to have one foot in the West and one in the East, to invest in the ecosystem for women, so that I can teach them to make films, or work in films and to have more women like me emerge from there, ”he observes.