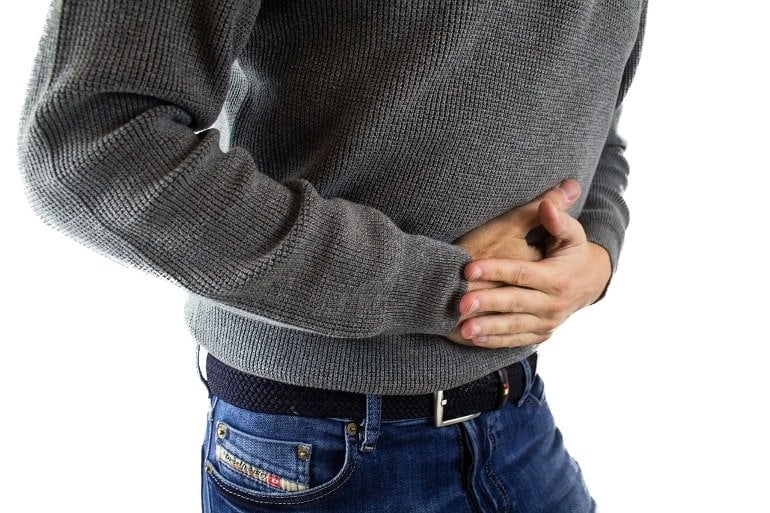 Summary: Researchers say the use of psychological interventions such as CBT can help relieve anxiety and other symptoms associated with IBS.

On its surface, the irritable bowel syndrome (IBS) subreddit is a den of ironic humor; its logo reinvents the classic Reddit alien that clings to its gut with discomfort, scatological memes abound, and the most active members sit “on the porcelain throne.”

Beyond the playful appearance, however, the online community shares stories of how the disorder has tinged almost every aspect of members’ lives with shame and discomfort. In some cases, the resulting anxiety, depression, and avoidance can be debilitating, disabling, or even life-threatening.

“Spend 10 minutes on the IBS subreddit and there will be at least one suicidal person posting on that list saying, ‘I can’t take it anymore. This destroyed my life, ‘”says Melissa Hunt, a clinical psychologist in the Penn Department of Psychology.

This is part of why Hunt has spent nearly two decades studying and treating IBS, and why he has just published the second edition of his book “Reclaim Your Life from IBS”, which offers a proven treatment plan for those who suffer from the disorder.

A year after the first edition was out of print, Hunt was finding copies sold on eBay for hundreds of dollars. In response to the request, he wanted to provide an update that included more tools to help with treatment, as well as a review of the latest advances in the field.

One of the most important advances is an in-depth understanding of the mechanism of IBS, which is now characterized as a disorder of gut-brain interaction, says Hunt. Signals from the gut that may go unnoticed in individuals without IBS are instead transmitted and interpreted by the brain as pain or urgent need for a bowel movement. This can lead to anxiety and the intestines, which are lined with stress hormone receptors, respond with cramps and spasms.

“And then it’s off to the races with this positive feedback loop of increasing hypervigilance in the brain and then hypersensitivity in the gut,” says Hunt.

Symptomatically, IBS manifests itself as abdominal pain and constipation, diarrhea, or alternating attacks of both, and by some estimates, up to 15% of the population struggle with some form of the disorder.

For those who are more prone to diarrhea, the anxiety of explaining frequent trips to the bathroom or being too far from a comfortable bathroom can lead them to avoid social situations and can eventually manifest as agoraphobia.

“People get incredibly paranoid: ‘I can’t go to a restaurant because I’m going to have a seizure. I don’t want to have to lift the table and stay away from everyone, what if the bathroom is busy? It would be a disaster, so I should just stay home, ‘”says Hunt. “Your life gets really small very quickly.”

The world’s shrinking nature of the condition, coupled with frequent physical discomfort, can lead to despair. Many take extreme measures, usually in the form of dietary restrictions or multiple medications, in an effort to reduce their symptoms.

However, the effectiveness and side effects of many clinically prescribed interventions, such as laxatives or antibiotic treatments, can also vary. For example, a diet that often works well to treat IBS symptoms, called “low-FODMAP”, is so restrictive that adherence is virtually impossible unless patients are able to prepare each meal themselves. says Hunt. Counterintuitively, this diet can damage gut health by starving important gut bacteria, she says.

What all of these treatments share is their focus on the “gut” side of the gut-brain interaction. Instead, Hunt focuses on the brain. He uses cognitive behavioral therapy to help patients reduce their anxiety and hypervigilance around gut sensations and encourages them to slowly expose themselves to food and situations they associate with their individual IBS symptoms.

It also teaches them to stop catastrophizing by falling into the mental trap that the worst outcome is bound to happen. This approach actually leads to reductions in visceral hypersensitivity, allowing people to relieve symptoms while eating what they want.

“If half of what’s going on in IBS is how the brain interprets those signals, then therapy that helps you reinterpret those signals in a different way will help you,” says Hunt.

“That’s why talking about it will change their urgent diarrhea, which is initially hard for some patients to believe.”

When Hunt initially tested and published a study of low-intensity CBT treatment with limited but active therapist involvement, she was surprised at its effectiveness in reducing symptoms and improving quality of life, she says. Several colleagues encouraged her to pursue larger studies and publish more on the subject.

While more studies may seem more prestigious, Hunt says he felt he could reach more patients and care providers with a self-help book. So, she wrote the first edition, which she tested in a randomized controlled trial, the gold standard for studying the effectiveness of a treatment.

As in the first study, participating patients saw consistent improvements in quality of life and IBS symptoms.

In the second edition, explore the advances in treatment made over the past decade. He added a chapter on diet, which explores recent research on restrictive diets and ways in which healthy eating habits might help alleviate symptoms.

It also dives into the benefits of exercise and the non-judgmental ways people can help motivate themselves in that arena.

Hunt says he hopes the new edition will be useful to both patients and physicians, including gastroenterologists and therapists.

Throughout the book, it offers more clinical anecdotes so that readers can find a case that resonates, and ends with two fake patient stories, to show how someone could work through text with and without a therapist.

Ultimately, Hunt says the book will give people like those on the IBS subreddit access to affordable, scientifically proven help.

“The real goal of treatment for IBS is to bring people back to their lives, not necessarily to make the symptoms go away forever,” says Hunt.

“You may have gastrointestinal discomfort from time to time, everyone does, but you can still live a very rich and meaningful life.”

About this gut health news and psychological research