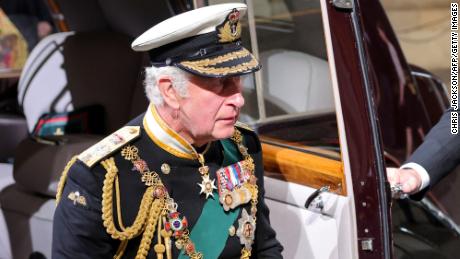 The British government announced in April that it had agreed on an agreement to send asylum seekers to the East African country. Those granted asylum would then be allowed to resettle in Rwanda.

The government insisted that the program was aimed at disrupting human trafficking networks and deterring migrants from making the perilous sea voyage across the Channel to England from France.

The plan has sparked a wave of criticism from charities, religious leaders and international human rights groups, including the United Nations Refugee Agency (UNHCR). A small crowd of protesters gathered outside the courthouse on Monday.

“We believe it’s all wrong. It’s all wrong, this agreement. For so many different reasons,” he said.

Grandi, while adding that the United Kingdom was a signatory to the Refugee Convention, said that “exporting that responsibility to another country is contrary to any notion of sharing international responsibility”.

Grandi continued that the UK has made his agency’s job “very difficult” and expressed concern that other countries may want to follow suit.

“What am I going to say [other countries] if they say you know, a rich country like the UK is sending them overseas, I’ll do the same. I will close my border, I say, you know, I want to save them from a dangerous journey and they can go to another country. The precedent this creates is catastrophic for a concept that needs to be shared, like asylum, “said Grandi.

The High Court on Monday filed a separate lawsuit filed by the charity Asylum Aid. Asylum Aid asked for an urgent injunction to stop the flight to allow for judicial review of the plan.

Judge Swift dismissed the refugee organization’s claim stating that the balance of convenience remains and “nothing has been said to make it reconsider.”

According to figures from the UK Ministry of Defense, 28,526 people arrived in the UK in small boats in 2021.

The legal challenge to block deportation flights was launched by human rights groups Care4Calais and Detention Action, together with the Public and Commercial Services Union (PCS), a trade union representing some of the UK Home Office workers who the deportations, as well as many of the asylum seekers who risk deportation to Rwanda, are said to be responsible for carrying out the deportations.

The organizations said the policy was “illegal on multiple grounds” and called for an injunction to prevent the plane from taking off. A court hearing is scheduled for next month to determine whether the plan is legal or not. The three groups argued that deportation flights should not take place before this hearing.

They also contested the legal authority of UK Home Secretary Priti Patel to carry out the removals, the “rationality” of his claim that Rwanda is generally a “safe third country” given its human rights situation. , the adequacy of malaria prevention in the country and whether the policy complies with the European Convention on Human Rights.

The head of the PCS, Mark Serwotka, said in a statement that the union is “very disappointed with today’s decision and the position in which it places our members who will have to carry out these forced removals”.

“Today’s judgment does not make the removal legal, which will be decided next month. Meanwhile, our members are being asked to do something tomorrow that could be illegal in a few weeks,” he added.

Separately, Detention Action also said it was disappointed with the ruling.

It is unclear how many people would have been on the first flight on Tuesday, as many of the people scheduled to be deported filed their own individual lawsuits.

Care4Calais said Friday it was working with 113 people who were facing deportation to Rwanda. The charity said on Monday that only eight of the 31 people originally scheduled to be deported to the country on Tuesday had yet to be deported, after “the ticket to Rwanda was canceled at 23”. 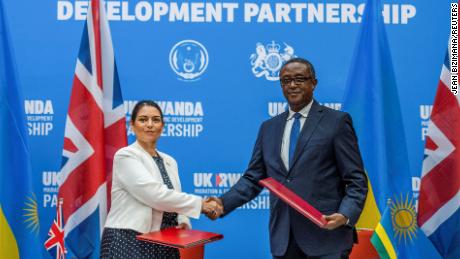 Raza Husain, who represented the coalition that launched the appeal, told the court that a person scheduled to be on the flight Tuesday received a decision on Monday that she would still be deported despite being a torture victim, on grounds that “Rwanda has a functioning health system and raises no problems”.

The British newspaper Times reported Saturday that Prince Charles, the heir to the throne, privately described the plan to send asylum seekers to Rwanda as “frightening.”

“He said he was more than disappointed with politics,” the Times reported, citing an unnamed source. “He said he thinks the whole government approach is scary.”

CNN did not independently verify the Times report. Clarence House did not deny the report, but said he would not comment on what he calls “allegedly anonymous private conversations with the Prince of Wales”.