Seo-newspaper
Home world Earthquake in Afghanistan: the country affected by the crisis struggles for aid... 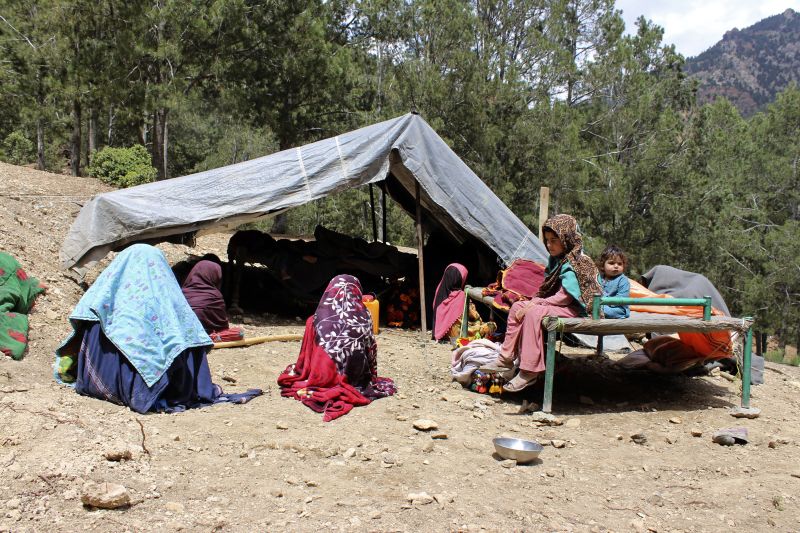 Desperate search and rescue operations are underway in eastern Afghanistan on Thursday following an earthquake that killed more than 1,000 people, a severe blow to a country already grappling with a serious economic and humanitarian crisis.

The 5.9 magnitude earthquake struck in the early hours of Wednesday near the city of Khost, on the border with Pakistan. At least 1,500 people were injured, but officials warn the toll is likely to rise as many families slept in fragile housing facilities when the earthquake struck.

Many homes in the area are made of mud, wood and other materials that are vulnerable to weather damage, and the earthquake coincided with heavy monsoon rains, increasing the danger of collapse.

Photos from neighboring Paktika province, a rural and mountainous region where most of the deaths have been reported, show houses reduced to rubble. About 2,000 homes are thought to have been destroyed, according to the United Nations. Some people spent the night sleeping in makeshift outdoor shelters while rescuers searched for survivors with flashlights.

Doctors and emergency personnel from all over the country are converging on the spot, with the assistance of some international agencies such as the World Health Organization.

However, aid may be limited as many organizations withdrew from the aid-dependent country after the Taliban took power last August.

The Taliban government deployed emergency resources, including several helicopters and dozens of ambulances, and offered compensation to the families of the victims.

On Wednesday he also called for foreign aid, asking for “the generous support of all countries, international organizations, individuals and foundations”.

Although the economic crisis has been looming for years, the result of conflicts and droughts, it plummeted to new depths after the takeover of the Taliban, which prompted the United States and its allies to freeze about $ 7 billion of the country’s foreign reserves. and cut international funding.

The move has paralyzed the Afghan economy and sent many of its 20 million people into severe hunger. Millions of Afghans are out of work, government employees have not been paid and the price of food has soared, with reports of some families so desperate to eat that they have decided to sell their children.

Few humanitarian agencies remain and those that do are limited. On Wednesday, WHO said it had mobilized “all resources” from across the country, with teams in the field providing medicine and emergency support. But, as a WHO official put it, “Resources are overloaded here, not just for this region.”

Experts and officials say the most urgent immediate needs include medical care and transportation for the injured, shelter and supplies for the displaced, food and water and clothing.

The UN has distributed medical supplies and sent mobile health teams to Afghanistan, but warned that it has no search and rescue capability and that its regional neighbors have little ability to intervene.

The United States is no longer present in Afghanistan following the complete withdrawal of its troops and the collapse of the former US-backed Afghan government. Like almost all other nations, it has no official relations with the Taliban government.

Turkey is the country best able to provide assistance, said Ramiz Alakbarov, UN Deputy Special Representative for Afghanistan. He said the Turkish embassy in Afghanistan “was waiting for the formal request”.

The Turkish Foreign Ministry said Wednesday that the Turkish Red Crescent, which operates in Afghanistan, has sent humanitarian aid to the victims. On Thursday, a Taliban spokesman said humanitarian aid also came from Qatar, Iran and Pakistan, with flights and trucks carrying items including medicines, tents and tarps.

It is estimated that about $ 15 million in aid is needed to respond to the disaster, Alakbarov said, a figure that is likely to continue to rise as information comes on the situation on the ground.

“Our teams don’t have specific equipment to bring people from under the rubble,” Alakbarov said. “This has to rely mainly on the efforts of the de facto authorities, who also have some limitations in this regard … I don’t have detailed reports on how well positioned they are to operate and deploy such machinery in these mountainous areas.”

Information, including damage assessments, is limited for now, with telecommunications disrupted in remote areas and bad weather hindering transport, according to the International Federation of Red Cross and Red Crescent Societies (IFRC).

“The country is reeling from the effects of decades of conflict, prolonged severe drought, the effects of other intense climate-related disasters, extreme economic hardship, a battered health system and system-wide gaps,” the IFRC said Wednesday, calling for more global support.

“So even if the disaster is local, the scale of humanitarian needs will be enormous.”