We’ve already compared Google’s flagship “Pro” version with the OnePlus 10T. Now, we’re here to do something similar, but this time, we’ll be using Google’s smallest and most affordable device. In this article, we will compare Google Pixel 7 and OnePlus 10T. These two may be different when it comes to size, but they are more in line when it comes to the price tag.

Some of you are still trying to decide which of these two phones to get most likely. Well, we hope this comparison will help you in making a purchase decision. These two phones are very different, so there’s a lot to talk about here. We will first list their specs and then compare them across a number of other categories. Having said that, let’s start comparing them, shall we?

Both phones come with a glass back, but their frames are different. The Pixel 7 is made of metal (aluminium), while the OnePlus 10T has a plastic frame. This isn’t something you’ll notice in day-to-day use, not at all, but it’s worth noting. The Pixel 7 is much smaller than the OnePlus 10T. It has a smaller screen, and is shorter, narrower, and roughly equal in thickness. It is also slightly lighter at 197 grams, compared to 204 grams.

Both phones have a central display camera cutout and flat screens. Its edges are very thin, but not uniform. The Pixel 7 has slightly sharper corners, and the backs of these two phones look very different. The Pixel 7 has a camera visor there that’s covered in aluminum and flows out from the frame of the phone. This camera visor is quite large, and it goes from side to side. The OnePlus 10T features a camera island on the back, in the upper-left corner, and it also sports an interesting design, as it appears to flush down the side of the phone.

The Pixel 7 is easier to use with one hand, mainly because of its size. Both phones are quite slippery, and most of you should probably put a case on them. Both devices look and feel quite premium, and quite frankly if you didn’t know the OnePlus 10T’s frame was made of plastic, you’d never notice once you use the phone. Google and OnePlus both did a great job in terms of design, it’s just a matter of preference. Also note that the Pixel 7 offers an official IP68 rating, while the OnePlus 10T does not.

Google Pixel 7 has a 6.3 inch Full HD (2400 x 1080) AMOLED display. This panel is flat, and this is the 90Hz screen we’re looking at. It supports HDR10+ content, and gets very bright at 1,400 nits of peak brightness. The Pixel 7’s display is protected by Gorilla Glass Victus, and it’s the 20:9 aspect ratio we’re looking forward to. A hole is included, and it is centered at the top. 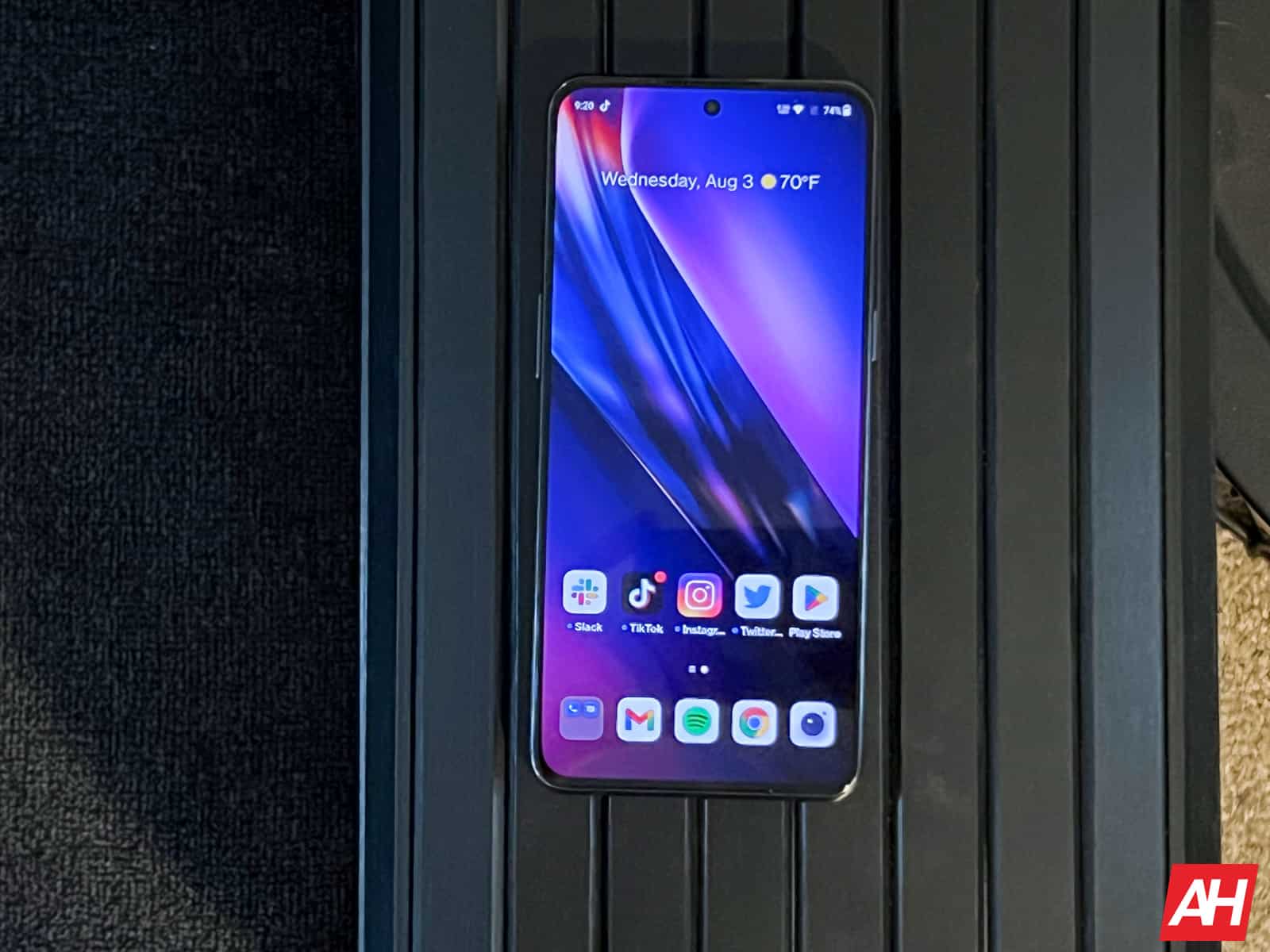 On the other hand, the OnePlus 10T features a 6.7-inch FullHD+ (2412 x 1080) Fluid AMOLED display, which is flat. This panel offers a 120Hz refresh rate, and it can display up to 1 billion colors. It gets pretty bright outdoors, almost as bright as the Pixel 7, but not quite as bright. Gorilla Glass 5 protects this panel, and we’re looking at a 20:9 aspect ratio here. There’s also a display camera hole here, in the same place as on the Pixel 7.

Both of these shows are great. They provide vivid colors, good viewing angles, and those deep blacks that OLED screens usually provide. The thing is, the OnePlus 10T offers a higher refresh rate, while the Pixel 7 has better screen protection, and it gets a little brighter. The sheer display size will also play a role in your decision, so…it’s all a matter of preference. Both tablets are really good, so you can’t go wrong.

Is the performance good, though? Well, yeah, it’s excellent, actually. Both phones shine in normal daily tasks. They can multitask very quickly, are great for multimedia consumption, open apps quickly, and so on. The differences become even more noticeable when you’re shooting demanding games. The Pixel 7 isn’t really a gaming device. He can handle pretty much anything, but if you throw at him something he’s really demanding on, he’ll struggle a bit. Genshin Impact ran fine, but we had to tinker with the settings, as the game got stuck at the top of the options. The phone also got a bit too warm for us.

The Pixel 7 features a 4,355mAh battery inside, while the OnePlus 10T has a 4,800mAh battery. The two phones have different refresh rates for displays and screen sizes, so this difference is to be expected in the battery capacity. Is the battery life good, though? Well, yeah, it actually is on both phones. The Pixel 7 offers really good battery life, while the OnePlus 10T is in a league of its own.

With the Pixel 7, we’ve usually been able to get around 7-8 hours of screen on time. It all depends on the day. Considering how small the phone is, those are really good numbers. However, the OnePlus 10T is a completely different story. I managed to surpass the 10-hour screen-on-time mark on a number of occasions. Do notice we don’t play a lot of games. Your mileage may vary based on your usage and location (indication), of course. 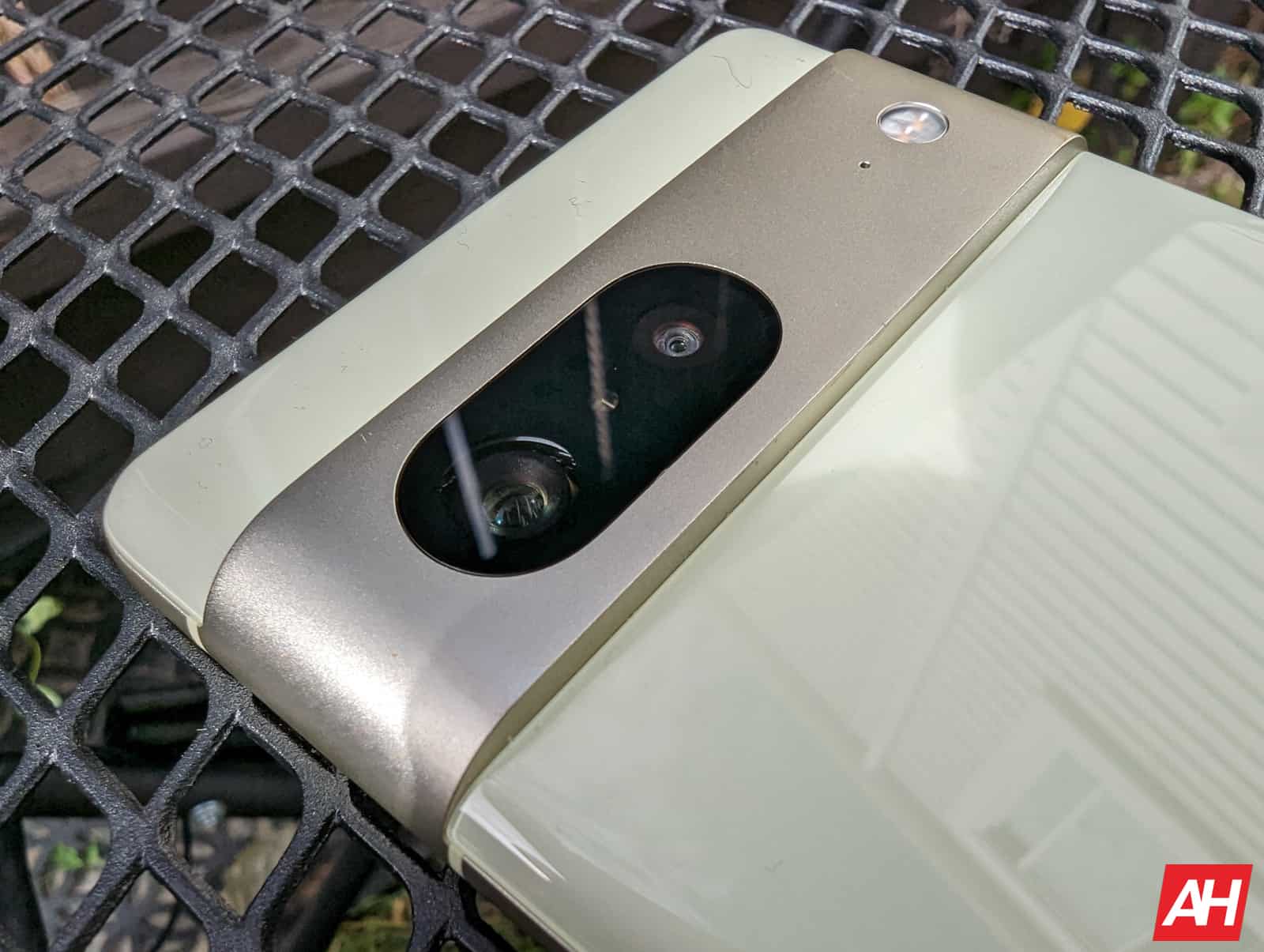 Photos from the main camera are really good on both phones. The Pixel 7 has an advantage in low light and high dynamic range situations. She simply shines in such scenarios. It’s a great camera that’s basically reliable in all conditions. It gives a contrasting look to the images that people seem to like. The OnePlus 10T performs well in all scenarios, but it simply isn’t as good as what the Pixel 7 offers. We had some focus issues at first, but an update fixed it. The OnePlus 10T is now a really good camera smartphone, at least when it comes to the main camera.

The ultra-wide camera performs better on the Pixel 7. The colors are in line with the main camera, which is something we can’t really say for the OnePlus 10T. Pictures also tend to come out better overall, appearing sharper, with more detail, and that goes for low light as well. Despite this, the OnePlus 10T has a wider field of view on that camera.

The last camera on the OnePlus 10T is a 2MP macro camera, which really isn’t worth using. Only if you have perfect lighting can this camera be useful, otherwise you are likely to get a muddy result, mainly due to its resolution. OEMs should avoid using 2MP macro cameras, and use ultrawide units for macro purposes.

Both phones use two sets of speakers. These speakers really deliver great sound, and they are well balanced. They’re not the best speakers we’ve ever heard on phones, but they’re more than good enough for the vast majority of people.

These two devices do not have a 3.5mm headphone jack. There aren’t many flagship phones these days. You can always use the Type C port included with both phones, if you need a wired connection. If not, there is always Bluetooth 5.2, it is included in both smartphones.