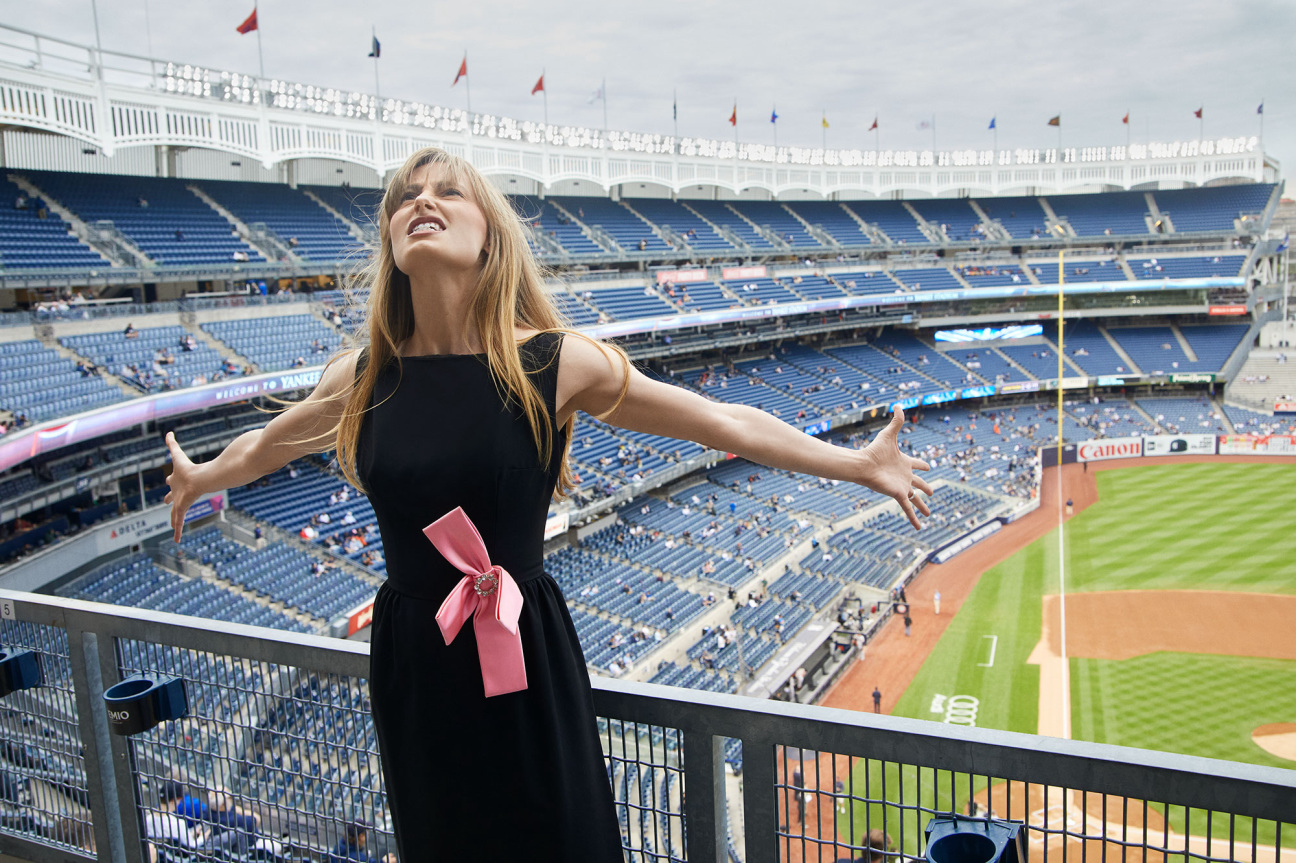 Kat Herriman: What is your favorite pre-performance ritual?

Annie Hamilton: I try to recognize how I feel that day, express my thoughts aloud, direct myself on what is bothering me, and then try to pump with confidence. I like to pretend I’m Lou Reed. “How can I be as brave as he is? What’s it like to be fearless on stage? “Mostly I end up pumping my fists and screaming” PUNK ROCK! “But really, I like to imagine being a rock star. Sometimes the fiction injects me with so much false gratitude that I want to call everyone I know Never works I end up asking a lot of apologies if I pick up the phone.

KH: What is the relationship between you and your stage self?

AH: I’m finding out! Since my work is largely autobiographical, I find myself acting in my personal life for the sake of getting material for my work. I have always done things to be able to then tell the story. I like to live like I don’t know where I’m going to sleep at night (sometimes I don’t know, even though I stole this feeling from Titanic). But I hope I can stop being impulsive and erratic “for the story”. It can be painful. In my shows at Jane, I want my presence to reflect who I am in real life – it would be really sweet if every member of the audience walked away feeling like he just sat down with me in private.

KH: How would you describe the role and responsibility of an audience?

AH: I can really see the audience at the Jane, so I appreciate when it feels like it’s into me. I do a better job if I feel loved. The less demanding answer would be to laugh with me and at me, damn it.

KH: What is the most important advice you have received for being on stage?

AH: I was doing a podcast about a year ago and ended up ditching it completely. I don’t listen to podcasts and had no business to create one. I basically used it as an excuse to contact my hero, Ethan Hawke. When I heard he was going to show up, I screamed at the top of my voice on the roof of my friend’s mom’s apartment until the cops arrived. When it came time to register Mr. [Ethan] In the Hawke episode, I was scared to death. After that I cried for days because it was everything I had hoped it would be. It would be a disservice to the world not to give the interview, because Ethan couldn’t have been more honest or insightful. He is a truly unique thinker. Anyway, Ethan told me that negative reviews are a real moment of encounter with Jesus: they remind you why you are doing what you are doing. Especially the reviews for the plays, as the actor is forced to do it again the next night.

I ruined my first show at the Jane. And it sucked. I felt real stupid and avoided everyone I know. I thought about peeing in an leftover water bottle so I don’t have to face my roommates. All these amazing people came to the first show and as soon as I looked them in the eye I thought they were all against me. I didn’t want to do the next performance. I couldn’t bear to fail again. But I remembered Ethan’s advice and used the bomb as an opportunity to understand why the hell I want to perform and what the fuck I mean. I have forced myself to face the questions I reject when I am alone with myself. I ended up proud of the second show.

KH: What themes are you currently exploring and how can we expect to see them manifest in new work?

AH: Lately I’ve been interested in making something happen that is real, that needs to be fixed. I’m trying to understand the different actions that can happen in real time on stage, so that both the audience and I can have an experience together. I’ve been sober for five months and thought it would take me a year to kiss someone again as my sponsor suggested it might be best for my recovery. It didn’t work, but I thought it would be cool for my 12th show at Jane to be kissed for the first time in a year in front of an audience.

I opened for the wonderful Lola Kirke at Brooklyn Made a few weeks ago. I am not a standing person and have never opened for anyone, and I was petrified. I thought I’d do some: “I’m a terrible guest, I need to always be the center of attention. Nobody should invite me to their parties because I will ruin everything ”. Since I’d talk about being a hideous and selfish guest, I’d swing back and forth. Cross my legs and shit. Towards the end of the set, I thought about … pissing myself. The gag was that I’m so desperate to stand out, I’d literally pee in my pants to do it. I pulled back the day before because my mom said she wouldn’t pay my bail if I got arrested. So instead, I talked about how I just learned how to have sex. It’s true: I’m 29 and until a month ago I didn’t know it was possible to move my pelvis. For 13 years, I just wore makeup and then stood there moaning.

I can’t say what I’m going to do next because I like that part of the performance is a kind of revelation, but also because I can’t understand the show for a week. I usually end up with three possible shows and writing three shows a new one. I like the saying that “the making of the film is the film”. The idea of ​​writing a new show ends up becoming the show.

Sure, we can be close friends. Unfiltered access is pending.